When is enough enough?

I am a second amendment proponent, however I have been recently reviewing the statistics about how many deaths are caused to innocent bystanders or children by assault rifles in this country and comparing them to other countries.  We have certainly won THIS war times 100.  While we are 17th in Math in the world, we are 1st in number of assault weapons causing innocent life lost.

It has been suggested that we "LOOK" at Mexico....OK, lets do just that.  Mexico is being supplied by the USA  in terms of their assault weapons.  When a homeless dude can walk into an Arizona gun shop in rags, plunk down $250.000 and walk out with as many HK91's as that will purchase him.  AND  do it without so much as a "are you planning to sell these to the drug lords in Mexico" or "did you just escape from a mental facility" or "are you planning to go take out a whole school full of children with these" I think the problem is pretty obvious.

Here is another scenario to contemplate:  Lets just suppose that you disagree with the way our government is working, and decide you need to overthrow it.  Ummmm have you MET our government?  They can pin point your location and count the whiskers on your chin with current sattelite technology, and  they will send a Drone up your backside, take out your whole block, and so your little pea shooter AK-15 is worthless.

We have some wiggle room here folks.  No hunter uses AK-15's to deer hunt, and no one needs a 30 round mag. to bag a deer unless you are the worst shot in the history of mankind, and in that case you need to get out of the woods before you hurt yourself.  Banning assault rifles, large capacity magazines, silencers, and any apparatus that changes my little .22 cal plinker to an automatic weapon needs to be banned.  The woman who bought the guns, bought the ammo, trained the shooter, convinced a young man with Asbergers that "guns make people have respect for you" ended up a victim which is the case more times than not, and 20 innocent angels and their heroic teachers were blown apart.

The 2nd amendment was written back when muskets were all the rage, not high powered assault rifles with huge capacity magazines.  The time is NOW and enough is enough.

President Obama Makes a Statement on the Shooting in Newtown, Connecticut

Posted by Burnett County Democrats at 4:41 PM No comments:

Email ThisBlogThis!Share to TwitterShare to FacebookShare to Pinterest
Labels: Obama

BCD Elections…. An election for new officers was held at our November 20 membership meeting to serve as our leadership during 2013. Elected were: Richard Costerisan, Chairman; Bob Sullivan, Vice Chairman; Emily Nehring, Secretary; and Audrey Costerisan, Treasurer. As your chairman, I am looking forward to another year to serve our party and help build the Democratic Party in Burnett County. I would like to thank everyone who has supported me and our officers in 2012 and look forward to working with our new team next year. I want to extend my personal thanks to Gail Lando for her services this year as our Vice Chair. Gail has donated significantly to our cause and done an outstanding job. She has decided to step down and take a well-deserved break but will remain on our board.

Posted by Burnett County Democrats at 11:39 PM No comments:

Email ThisBlogThis!Share to TwitterShare to FacebookShare to Pinterest
Labels: Taxes

Email ThisBlogThis!Share to TwitterShare to FacebookShare to Pinterest
Labels: Taxes

We'll be discussing the election results, future plans and activities, and electing next year's officers.

Posted by Burnett County Democrats at 10:40 PM No comments:

Email ThisBlogThis!Share to TwitterShare to FacebookShare to Pinterest
Labels: Meeting

Click here ... "The Republicans are for free enterprise, but not free people. And that is their fundamental problem."
Posted by Burnett County Democrats at 5:25 PM 1 comment:

Thank you from Tammy

President Obama: "I'm Really Proud of All of You."

Posted by Burnett County Democrats at 5:22 PM No comments:

Election…. Now that our November 6 election is behind us we can celebrate our victories and contemplate our losses to determine how to best move forward to the next election. At the national level we have seen some pull-back from our conservative and divisive politics. For state and local elections we continue to see how polarized our political atmosphere remains. As democrats, we will need to work harder in the coming months and years to grow our party and help educate the electorate about the issues and how they impact them. This is a BIG job. We will be talking about it a lot and working to implement new ideas at the local and state level to make our message more effective. 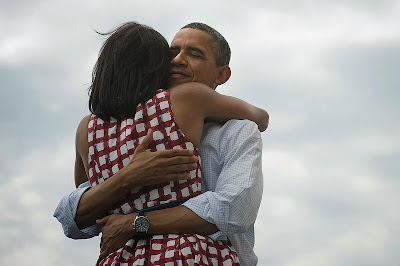 Posted by Burnett County Democrats at 5:16 PM No comments:

Our Ad in the Local Paper

These ads ran in the local paper the Wednesday and Saturday before the election.

Posted by Burnett County Democrats at 12:30 AM No comments:

Your contribution keeps us working for you!